How To Properly Discipline a Dog – Don’t Go Old School

What dog owner doesn’t want the most well-behaved dog in the neighborhood? After all, you didn’t get yourself a dog in hopes that it would continuously disobey you. You dreamed that it would obey every command and snuggle with you whenever you want… I’m sure you quickly found out that wasn’t the case!

The good news is that with the right discipline, dogs can be very well behaved. But that leads to one of the main questions just about all dog owners will ask at some point… what’s the best way to discipline a dog?

Forget about the idea of punishment. Disciplining your dog with punishment is old school. Although it might create a well behaved dog, it will ruin the relationship between the human and the dog. The best way to discipline your dog is to make it clear that you’re in control of their rewards (whether that be treats, toys, or praise), and if they don’t make the right decision, you’ll discipline them by not providing them with a reward.

The Importance of Experience and Associations 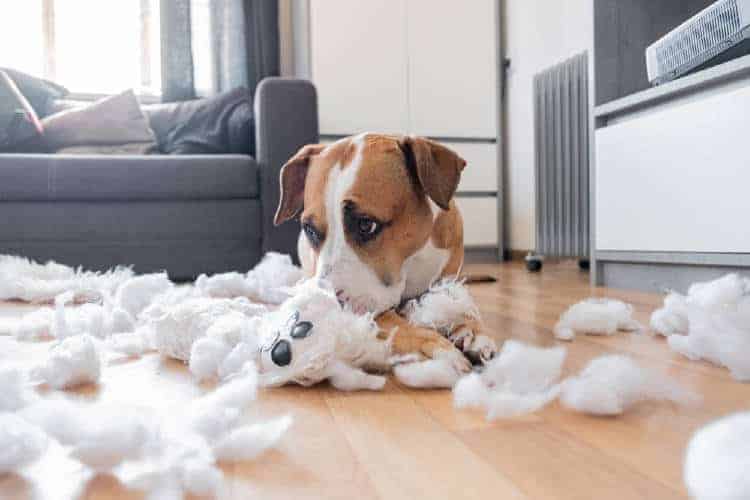 For example, they don’t know that chewing up the pillow is bad. But if they are disciplined while chewing up a pillow, they will make the association that they did something wrong.

We need to remember that the key to having an obedient dog is to create the right associations based on experiences.

5 Ways To Discipline Your Dog

Since the goal of disciplining a dog is to attach an association to the event, all five methods below are ways to connect a negative association to your dog’s unwanted behavior.

Make sure you do these within 5-10 seconds of the action, otherwise your dog will be confused. Dogs only associate an action with an outcome 5-10 seconds after the action is finished.

Notice none of the methods below involve hitting, spraying, or yelling at your dog. We won’t be using any negative discipline methods — more details on why below.

Also, you may notice that many of these methods are the same methods used for toddlers. That’s because dogs and toddlers respond very similarly to these discipline methods.

Redirect With a Command

Dogs understand our tone of voice and know when we aren’t happy. We want to talk sternly enough to them so they know what they are doing is wrong, but we don’t want to yell at them to the point where they are scared of us.

Let’s go back to the pillow example. If you catch them chewing on a pillow, take it away from them, make eye contact, and say “No” in a stern voice.

Take Their Toys Away

If you catch them doing something they should be doing, such as going to the bathroom in the house, say “No!” just like we talked about above, but also take their toys away and don’t give them back for another hour.

If you do this, it’s essential to praise them and give them a snack when they go to the bathroom outside. We want them to know that it’s not the act of going to the bathroom that caused the discipline, it was the location. By taking away their toys when they go inside and praising them when they go outside, they’ll learn what makes you happy.

Ignore Them For a Short Time

Dogs love attention from their owners. If you ignore them for a short period after you caught them doing something wrong, they’ll know you aren’t happy with them. Don’t ignore them for longer than 15-20 minutes. What may seem like a short time to you can feel like an eternity for your dog.

I bet you never thought you’d have to put your dog in a time out! Make this method your last resort. Only use it if they aren’t responding well to any of the methods mentioned above.

Have one designated room that will be your dog’s “time out” room. We like to use either the bathroom or laundry room. Make sure the room is small enough so they don’t have enough space to run around and have fun.

When they do something wrong, carry them to the room and close the door. It’s crucial you don’t yell at them. Say “No!” in a stern voice and then take them to the time out room. Leave them in there for about 5 minutes before letting them out.

If your dog is barking, don’t let them out in the middle of a bark. They’ll begin to think they get rewarded for that behavior. Wait for the barking to stop for at least 3 seconds before letting them out.

Yes, it may take a couple of days or even a couple weeks for your dog to realize that each time they behave in a certain way, they’re being punished. However, once they realize it, their behavior will quickly change. That’s why you’ll often hear of people going multiple days in a row with no results, and then the following day, their dog is behaving correctly. Sometimes creating that association takes time.

When Your Dog Does Something Right 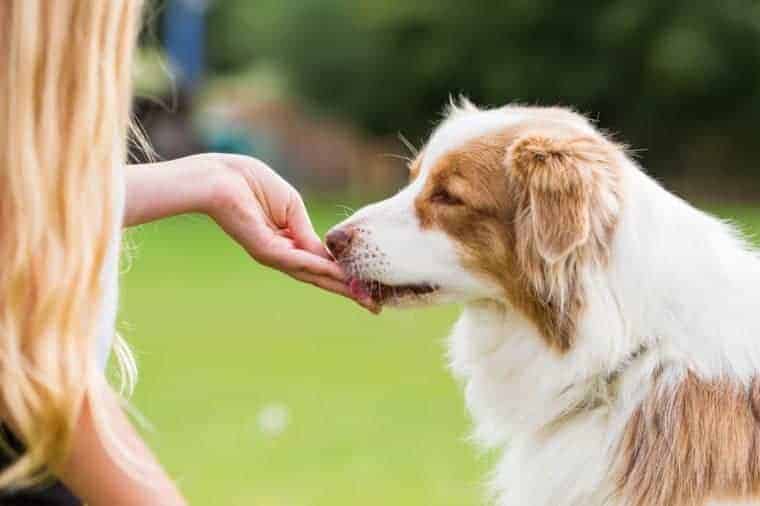 Treats and praise – That’s all you need! When your dog does something you want them to do, such as obeying a command or using the bathroom outside, give them plenty of praise and maybe a treat.

The point of doing this is to make them realize that specific actions lead to treats and praise. They’ll quickly learn what those actions were and do more of it.

This especially comes in handy when teaching your dog the basic commands such as sit, stay, and lay down.

Any behavior or action you want to encourage, remember to create a positive association along with it.

The Issues With Negative Punishment

You’ll notice we didn’t talk about any negative discipline and punishment methods such as hitting or yelling. Many people that use negative punishment such as hitting swear by it. But the thing they don’t realize is It’s not the hitting that causes it to work, it’s the distraction.

This is an issue because your dog will have no idea why you are hitting them at first. They haven’t made the association quite yet. Any time you intentionally cause pain for your dog, the relationship will also take a hit. You can get the same results without ruining the relationship with distraction techniques talked about above.

Here are the risks to negative punishment:

The last one is important to remember. Many dogs would behave much better if the negative punishment was put to an end. When dogs become fearful, they either become overly aggressive OR overly anxious…both of which lead to behavioral issues such as non-stop barking, destroying furniture, growling/hiding from guests, and so on.

Always Remember Your Dog Wants to Please You 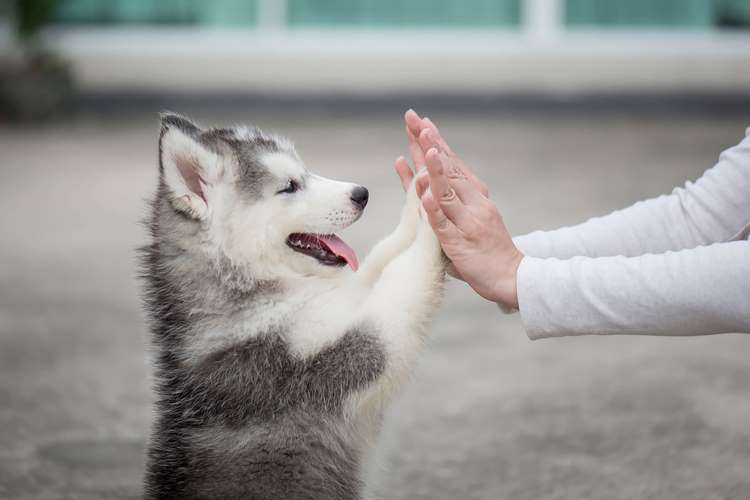 One of the most essential things for dog owners to remember is that your dog really does want to please you, they’re just still learning how. Your dog will never be perfect, and you’ll never be the perfect owner, but that doesn’t mean you don’t want to make each other happy.

Creating these associations for your dog is one of the most loving things you can do for them because the less time they spend upsetting you, the more time you can spend loving on them.

Give these discipline methods a try. You’ll have a well behaved dog before you know it.