Have you ever noticed how much dogs respond to sound? A high pitched whistle will cause their ears to perk up and head to tilt. Sirens cause some dogs to howl, and a thunderstorm causes some to fear for their lives and run to you for protection.

Sounds cause dogs to experience different emotions, sometimes very similar to the emotions humans experience. For all the music lovers out there, this naturally leads to wondering if your dog likes music.

Turns out, dogs actually do like music! However, they’re a little pickier than you when it comes to music preference. Generally speaking, humans like a variety of genres. Dogs on the other hand only seem to positively respond to classical music. Studies show that classical music has a calming effect. Whereas hard rock had a negative effect. 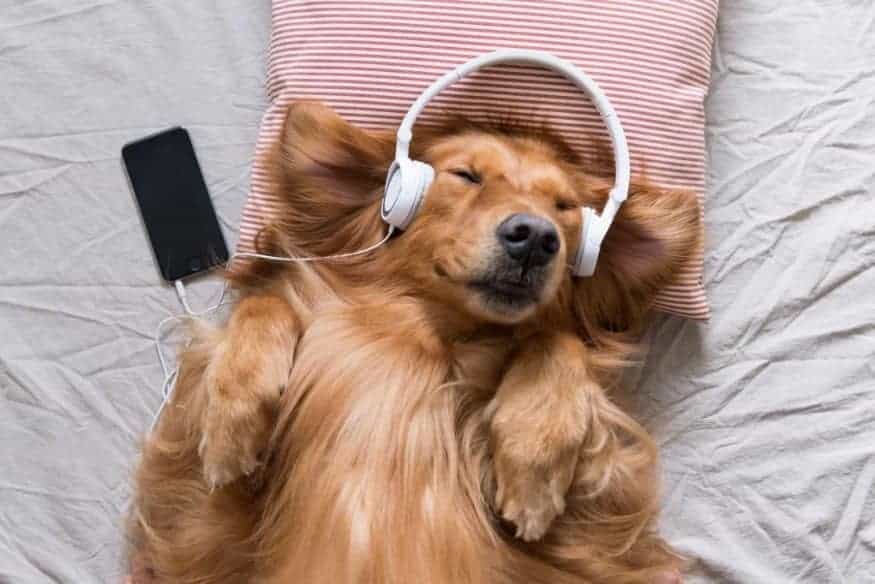 The University of Glasgow did a study on how dogs respond to a variety of musical genres.

One important thing to notice here is that in each statement above, we used the words “MOST dogs”. Some dogs actually did respond well to pop, some responded well to hard rock, and some didn’t respond at all to classical.

This means you’ll want to experiment with different types of music with your dog. Play a certain genre and watch closely to see if they have a positive or a negative reaction.

When in doubt, classical is the safe bet. Although some dogs didn’t have any sort of response to classical music, no dogs in the study displayed negative behavior.

Now that we’ve gone over the type of music dogs like, it’s time to talk about WHY most dogs like music.

Unfortunately, this answer isn’t going to be as black and white as some would hope. Science is still learning a lot about dog behavior. Although we aren’t completely sure why most dogs enjoy classical music the most, some theories make sense.

The leading theory (and the one I believe to be true) is that classical music makes dogs instinctively believe they aren’t alone. Confused? I was too, but bear with me here…it actually makes sense!

Dogs are pack animals and hate being alone. We are so used to being around our domesticated dogs, we often forget that their instincts come from dogs out in the wild.

Dogs in the wild stay in packs. It’s rare to see a wolf by itself in the wild. If you spot one wolf, there’s a good chance the pack is somewhere near. In fact, it’s so rare that’s why we have the saying “lone wolf”.

When dogs out in the wild howl, they are communicating with other dogs. They’re typically letting the pack know one of three things.

So how does all this relate to your dog and classical music? Because classical music has very similar pitches to dogs howling. Since dogs instinctively don’t like being alone, hearing different pitches of classical music calms a dog because it makes them subconsciously feel like other dogs are around…in other words, classical music can prevent them from feeling like they are a lone wolf.

Why Did Most Dogs Respond Negatively to Hard Rock?

If the theory above is true, it makes sense why dogs would become agitated and aggressive when listening to hard rock music. Hard rock has pitches that don’t sound anything like a howl. To dogs, it sounds more like something in the bushes getting ready to sneak up on them.

Again, science hasn’t confirmed this theory, but science is leaning heavily in this direction.

Can You Use Music to Control Behavior?

At this point you might be wondering if you can use music as a tool to help change your dog’s behavior…the answer is yes!

Professional dog trainers are starting to use music to help dogs that are stressed, have separation anxiety, or are depressed.

The right type of music (classical) will help relax a stressed dog. Many dog shelters are starting to take advantage of this discovery. Dogs in shelters are usually stressed because they either just lost their family or are in a brand new environment.

When stressed dogs are having trouble relaxing, some shelters will play classical music and the results have been amazing. The stressed dogs usually calm down in a matter of minutes and are ready to go to sleep.

Most people don’t realize that dogs can get depressed UNTIL your dog is depressed. You’ll notice a massive shift in behavior, lethargy, and sometimes aggression.

If you have a depressed dog, you can use music to snap them out of the depression. Dogs are great at making associations. If you can make them happy for just a few seconds while music is playing, they’ll start to associate the classical music you play with the feeling of happiness.

The trick is to get your depressed dog to feel happy for a few minutes. The secret here is to use treats and talk very positively with an excited voice.

How to Tell if Your Dog Likes Music

What if My Dog Doesn’t Show Any Signs?

If your dog doesn’t show any of the signs mentioned above, that usually means your dog is neutral towards music. Doesn’t hate it, doesn’t love it. The good news is that it means you can play whatever music you want in front of your dog and it won’t bother them. The bad news is you won’t be able to use music to calm them down when stressed.

Before you decide your dog doesn’t respond positively towards music, it’s important to analyze the environment you’re playing the music in.

If you’re in a loud environment with lots of action and noise, chances are good your dog won’t respond to music. When trying to figure out if your dog likes music, you’ll want to test it out in a quiet, distraction free environment.

Where Can I Find Music For My Dog to Listen To?

Luckily there are plenty of playlists on both Spotify and Youtube that were made with dogs in mind. Just search Spotify or Youtube for “music for dogs” and you’ll get many options to choose from.

Will Music Make My Dog Smarter? 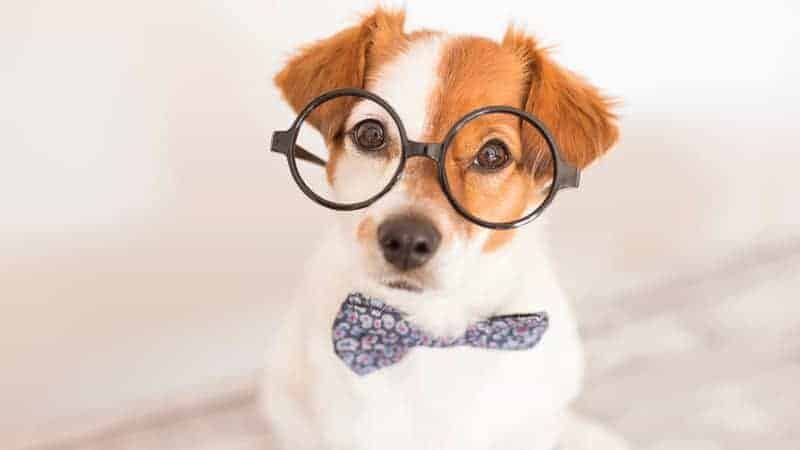 There was a myth floating around a few years ago that gained a lot of popularity. It stated that music is good for a dog’s brain and by having your dog listen to music, it will make them smarter and more obedient.

Unfortunately, this is not true. It may appear your dog is smarter at times because dogs are great at making associations. If they were obedient and rewarded when a specific song came on, the next time they hear that song they may remember the reward and become obedient in hopes of getting the reward again. But this doesn’t have anything to do with intelligence.

Using Music To Benefit Your Dog

As you can see, there’s a lot of benefits to leaving music on for your dog. Especially if they struggle with anxiety. The music might make your dog feel like other dogs are around and that they aren’t alone.

Although most dogs will respond positively to music, some either won’t care or will have a negative response to it. Be sure to test various types of music on your dog and see how well they respond to each genre.