We need to be careful with what we feed our dogs. Some foods that are healthy for us can be poisonous to our furry friends. For example, grapes are great for the health of humans but can be toxic for your dog. 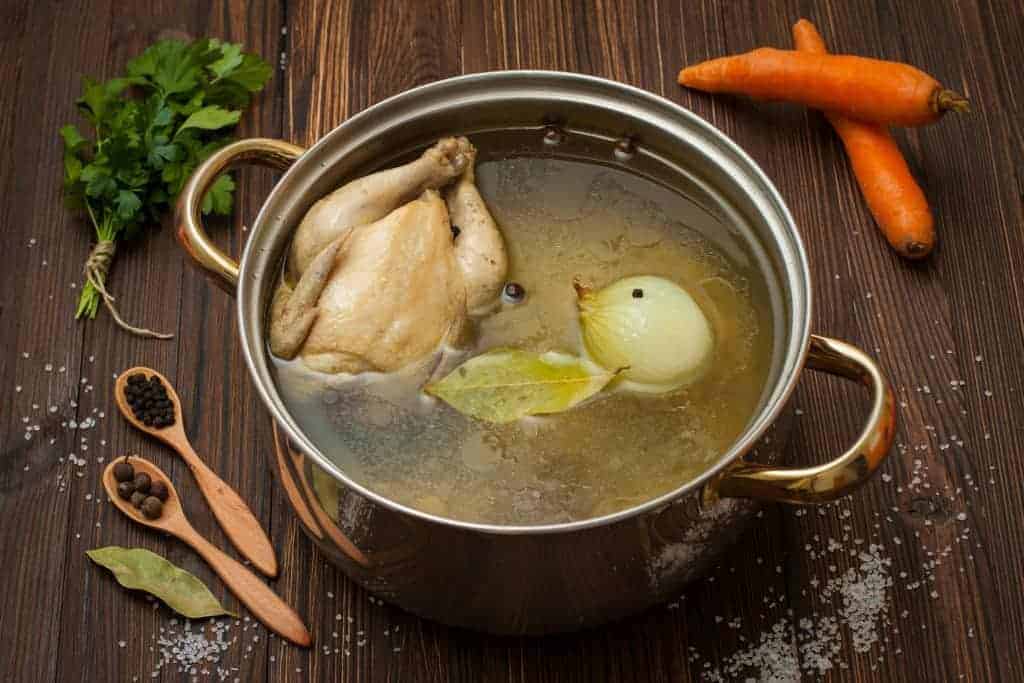 But what about something like chicken broth? Is chicken broth ok for dogs? The answer to that question is yes! Not only is it ok, but it can actually be very healthy for your dog as long as you control the portions.

If you’re thinking about including chicken broth in your dog’s diet, you’ll get a lot of useful information out of the rest of this article. You’ll learn how much is too much, the primary benefits, and how to make your own chicken broth from scratch.

What is Chicken Broth?

Many people confuse chicken broth with chicken stock. This article is talking specifically about feeding your dog broth, so let’s take a brief second to learn the difference between the two.

Chicken stock is when you simmer chicken bones in water and add vegetables such as carrots and onions for flavoring.

Chicken broth is when you simmer the meat in water and you can also add the same flavorings.

The main difference between the two is broth involves more meat, chicken stock involves the bones.

They are both ok for dogs to consume, and both have very similar health benefits, but chicken broth tends to have more flavor, which is why most dogs will prefer broth over stock.

Why is Chicken Broth So Healthy For Dogs?

Chicken broth offers a wide variety of health benefits for your dog. These include:

Chicken broth contains two key ingredients that can help relieve your dogs joint pain. The first is glucosamine and the second is chondroitin. Both those ingredients are recommended in supplement form for dogs who suffer from arthritis. The problem is those supplements can be expensive. A great alternative is to simply feed your dog chicken broth.

Arginine is a supplement that’s recommended for dogs with congestive heart failure. Chicken broth contains plenty of arginine which will help increase your dog’s cardiac output. This will likely cause an increase in energy after your dog consumes chicken broth.

Most dogs tend to eat the same thing every single day. There’s nothing wrong with that assuming the food is well balanced. However, the problem is it can create some amino acid deficiencies.

Chicken broth contains a wide variety of amino acids, including glycine. Most dogs don’t get nearly enough glycine from their regular dry food. Pouring a tiny bit of chicken broth over their food is a great way to make up for the lack of amino acids.

You can tell a lot about a dogs health by simply looking at their coat. Is it thick and shiny? Or is it thin and dull? If your dog has a thin and dull coat, there’s a good chance it’s because of a micronutrient deficiency.

Just like chicken broth contains a wide variety of amino acids, it also includes a wide range of micronutrients which will help keep your dog’s coat looking top-notch!

We just talked about how most dogs don’t get nearly enough glycine in their diet along with other amino acids. Glycine offers many benefits, but one of the biggest is that it can health improve your dog’s brain health.

Glycine is a neurotransmitter that can help dogs who suffer from OCD, depression, stress, and separation anxiety.

Can Be a Great Detox

Dogs naturally detox much better than humans, but it’s still a good idea to give them something that will help the liver remove all the toxins in the body. Chicken broth can help dogs detox, which will increase energy levels, slow aging, and increase the strength of the immune system.

At this point you might be thinking “all those benefits sounds great, why shouldn’t I feed my dog chicken broth all day?” Just like with everything in life, moderation is key. Clearly, there are many benefits to chicken broth, but there’s one major downside…sodium.

“No Problem”, you might be thinking. “I’ll just buy low sodium broth.” Low sodium broth still contains nearly 500mg of sodium… that’s twice as much as the recommended dosage.

Keep in mind there’s going to be sodium in your dog’s food and treats as well. Too much sodium on a consistent basis can cause dehydration and diarrhea, both of which we want to avoid.

As great as chicken broth is, it’s important not to overdo it. Like anything, moderation is key. At this point, you might be wondering how much is ok for your dog?

The rule of thumb is…

To keep sodium levels in check, you’ll want to give your dog about 1 ounce of chicken broth per 10 pounds of bodyweight. You can do this twice per day as long as it’s spread out at least six hours. If you gave it all to your dog in one sitting, that would be too much sodium at once.

If your dog weighs 20 pounds and you feed them twice per day, you can pour 2 ounces of chicken broth over their food each meal.

For those of you that enjoy cooking (that rules me out), you can make your own chicken broth. The biggest advantage of making your own is that you’ll have better control over the amount of sodium you put in.

Most of the chicken broth recipes you’ll find online include onion and garlic. Make sure you eliminate both those ingredients. Onions and garlic are both toxic for dogs.

For those that are like me and prefer to spend as little time in the kitchen as possible, store-bought is your best option.

Here’s a list of things to look for when shopping for store-bought broth:

The most important on the list above are the final two…no onions or garlic.

How and When to Use Chicken Broth

Some dogs have sensitive teeth which makes it hard to eat dry dog food. One solution is to feed your dog canned (wet) dog food, but this can get expensive. Another solution is to pour some chicken broth on the food to help soften it.

If you know your dog is dehydrated and you can’t get them to drink water, see if you can get them to drink some chicken broth. This is the one time where it’s ok if your dog drinks a bit more than the recommended dose. Yes, their sodium intake will be higher for the day, but at least they’re getting some liquid.

Keep in mind this is not a permanent solution. If your dog continues to refuse to drink water, be sure to visit the vet ASAP.

Dogs get sick just as often as humans do. If your dog is lethargic, has a dry nose, and isn’t acting normal, there’s a good chance they’re not feeling well.

Chicken broth contains nutrients that will help boost the immune system, which means a quicker recovery. On top of that, many dogs get diarrhea when sick, and chicken broth can help dogs become regular again.

As I mentioned earlier, I’m not much of a chef. The less time I spend in the kitchen, the better. With that said, there are times where I want to spoil my dog with a home-cooked meal and chicken broth is always involved in that meal.

In fact, I’ve never met a dog who doesn’t go CRAZY over this meal, and the best part is it’s so simple.

All you need to do is cook up some chicken (I don’t even bother flavoring it) and white rice. Cut up the chicken into small pieces and mix it in with the white rice. Next, add the appropriate amount of chicken broth (1oz per 10lbs of body weight). Mix it all together and watch your dog devour it in a matter of seconds!

If you want to surprise your dog with a home-cooked meal, give it a try. Your dog is going to love you for it!

Chicken Broth is Great For Dogs

As you can tell, there are many wonderful ways to use chicken broth. It can boost a dog’s immune system, give them more energy, keeps the heart and brain healthy, and dogs flat out love the taste. Just remember not to overdo it. Even low sodium chicken broth contains a lot of sodium. Stick to the rule of 1oz per 10lbs of body weight twice per day and you’ll have nothing to worry about. 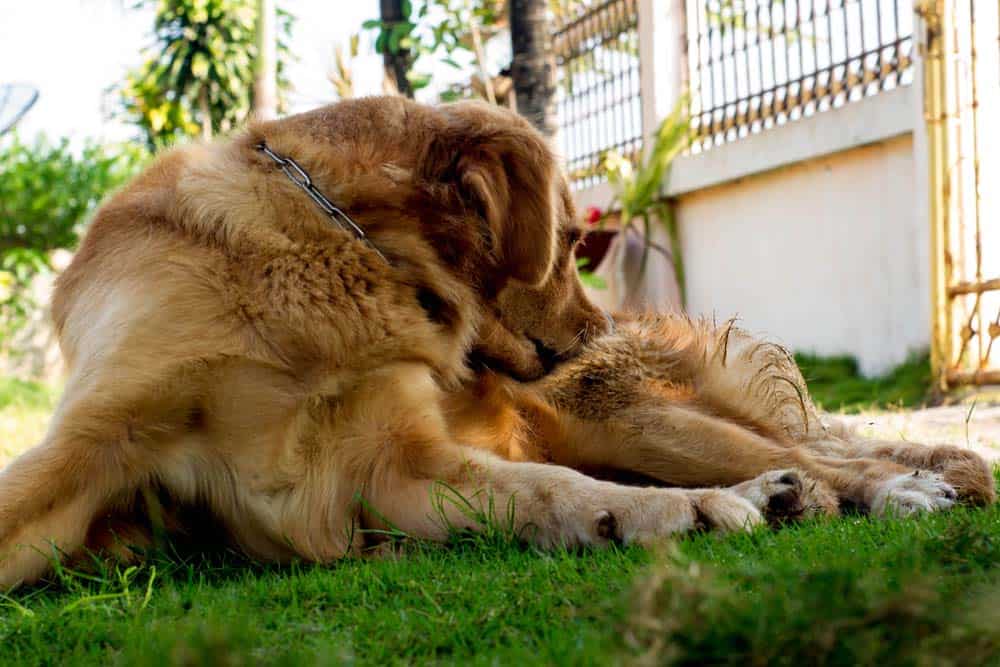 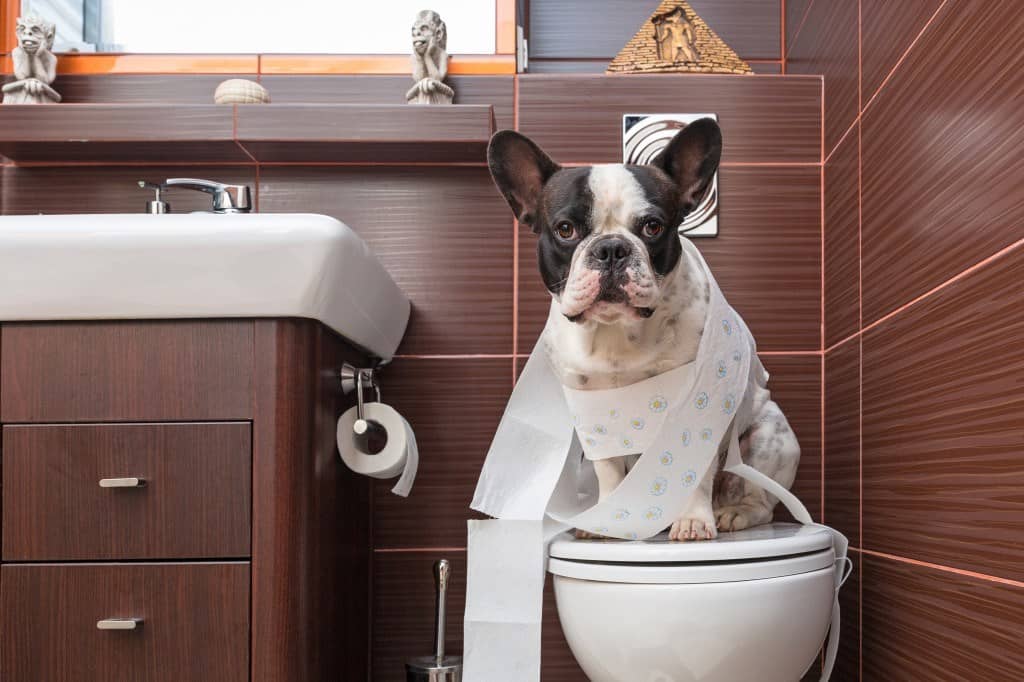 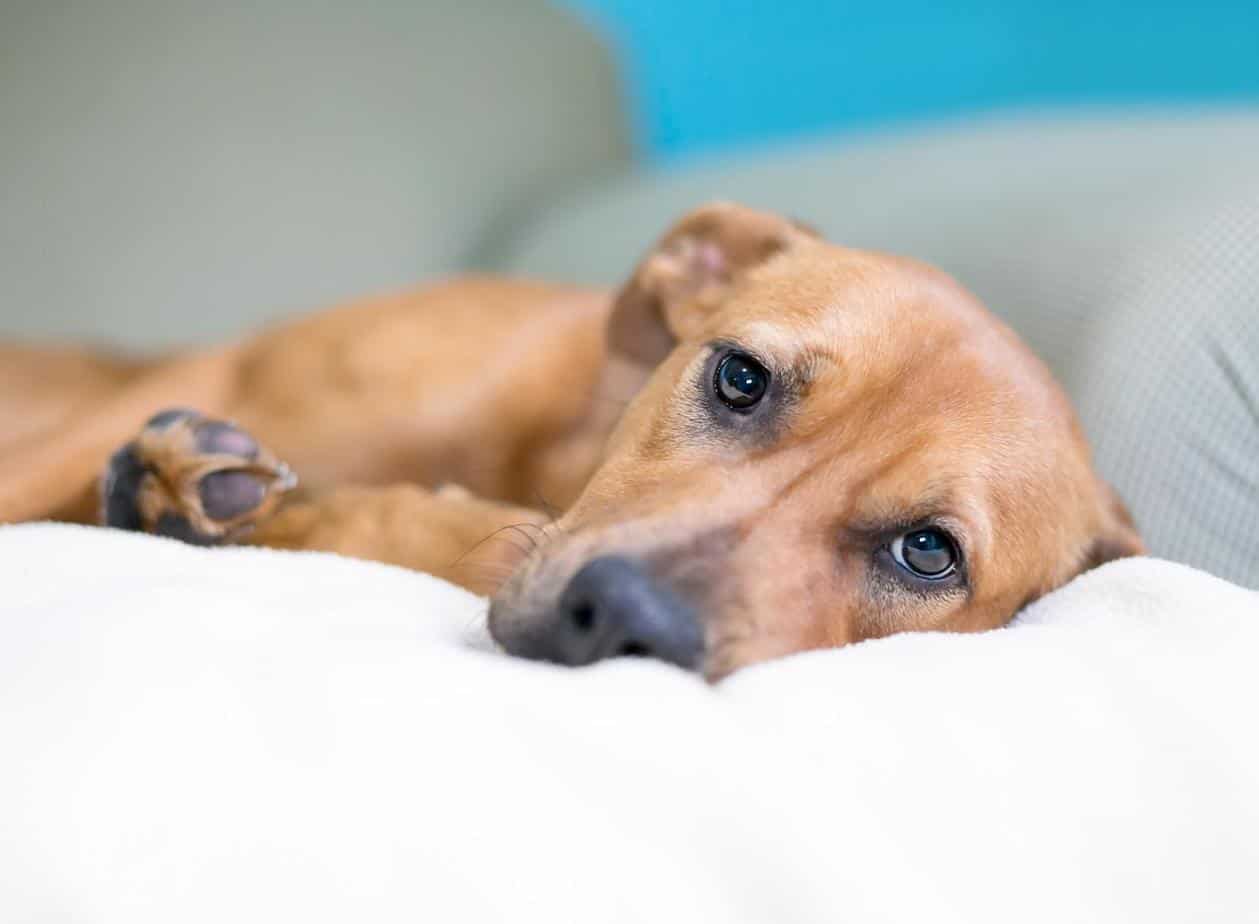