I’m sure you’ve heard the saying “dogs can eat everything,” right? This is a common belief. When you’re cooking in the kitchen and something falls on the floor, you probably call for your dog to come eat it up. Don’t worry, you aren’t alone. I used to do that from time to time also. 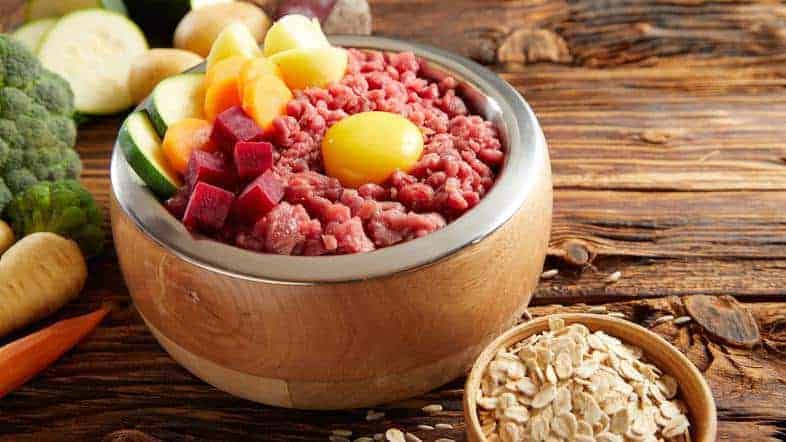 The problem is that dogs actually CAN’T eat everything…and if they eat something their stomach didn’t like, they’ll be clearing out that room shortly after.

Typically sensitive stomach issues aren’t emergency life or death situations, but it does cause discomfort for the dog and can be a major annoyance for you as the owner.

The issue is most likely the protein source, but we will go more into that shortly.

Symptoms of a Sensitive Stomach

Even if you feel confident that your dog has a sensitive stomach, it’s still a good idea to see your vet before you make any decisions. The symptoms you’re seeing (and smelling!) can be due to some other potentially serious health issues. It’s best to rule them out before making any dietary changes.

This one doesn’t really need much of an explanation. If your dog is suffering from this symptom, you’re also suffering! All dogs get gas from time to time, but if it’s severe and consistent, this is a red flag that your dog might have a sensitive stomach.

Again, all dogs get this from time to time just like all humans do, but the key thing to watch out for is if it’s severe and consistent. If this becomes an ongoing issue, your dog can quickly become malnourished because they aren’t absorbing all the vitamins and minerals they require.

If this is occurring multiple times per week, it’s an indication that you’re dog is either sick, eating something they shouldn’t be eating, or have a sensitive stomach.

Finding The Cause – Is Protein The Issue?

Now that you know what symptoms to look for, the next question is figuring out what the cause is.

More often than not, the cause is the protein source, but that doesn’t mean it’s always the cause.

Here are a few other common causes:

Yup, dogs can develop pretty serious stomach issues from emotional distress. Believe it or not, humans can also, and there’s a good chance this has actually happened to you, you might have just thought it was something you ate.

Fiber is just as important for dogs as it is for humans. Even if your dog’s food is high in fiber, if you are feeding them a lot of treats or letting them eat some human food, they may not be getting enough fiber for the number of calories they are eating.

Dogs can be allergic to certain types of foods just like humans can develop food allergies (such as lactose intolerance). If this is what’s causing your dogs stomach issues, it’s the easiest fix…you just find food that doesn’t contain what they are allergic to.

Protein – The Most Likely Source

Dogs that have sensitive stomachs tend to be overly sensitive to certain types of protein. Most dogs can’t handle any sort of whey protein (protein that comes from cheese), which is why just about every commercial dog food has some kind of animal protein as the primary source.

If you feel confident that protein is what’s causing the stomach issues for your dog, the first step is to take a look at the labeling on the food you’re currently feeding your dog and figure out what the primary source of protein is.

The Best Protein For Dogs With Sensitive Stomachs

If the food you’re currently feeding your dog has a source of protein other than one of those five, it’s best to switch regardless of whether or not your dog has a sensitive stomach.

…But My Dogs Food DOES Have One of Those Protein Sources

If you have confirmed that your dog’s food does have one of those sources of protein, the next step is to figure out which one is the culprit. Unfortunately, this is easier said than done.

Let’s say for example the primary protein source is chicken and you think that might be causing the stomach issue. You’ll want to switch it to another one on the list. Let’s say you decide to switch it to beef. You’ll need to feed the new food to your dog for at least one week (preferably two weeks) to determine if that was the issue.

If things get better, that’s great! You’ve found a new protein source that your dog’s stomach can handle. However, if this doesn’t get better, you have to switch it again to something else for another two weeks.

Continue this cycle until you find a protein source that your dog’s stomach can handle.

But What if None of Those Protein Sources Fix The Issue?

I know I’ve mentioned this before, but for the sake of repetition, if you still haven’t taken your dog to the vet regarding this issue, at this point, you should go see the vet and let him/her know that you’ve tried various protein sources and none of them worked.

With that little disclaimer out of the way…

If you tried all those protein sources and your dog is still suffering, the next step is to give them a prebiotic and probiotic as these will help keep your dog’s stomach churning properly.

Make sure you don’t buy any that are made for humans. Plenty of them are made specifically for dogs. Make sure you are consistent for at least one month and see if that helps fix the issue.

Could You Be The Issue?

I know we all have the best of intentions for our furry best friends, and because of that, we tend to feed them human food because we want them to enjoy what we are eating. The problem with this is dogs can’t always handle the food we eat.

Even if you only give them a bite here and there, it can cause serious stomach issues. There’s also a good chance that whatever you are feeding them is low in fiber which means they will be increasing their calorie intake but not their fiber intake…not a good combo!

If you’re being a little too generous with those treats, it’s a good idea to back off.

It may be true that dogs are willing to eat anything, but that doesn’t mean dogs CAN eat everything. Although your dog will always get enjoyment from eating, it can lead to extreme discomfort for the dog and can also leave you with some very stinky rooms!

The good news is that with the right trial and error, you can narrow down what protein source is causing the issue (assuming you know protein is the issue). This may take a few weeks, but once you figure it out, both you and your dog will be much happier.

If you tried the various types of proteins and the issue still persists, the next step is to try prebiotics and probiotics. You’ll also want to make sure you aren’t the one that is potentially causing the stomach issues by feeding them human food or giving them too many treats.

And finally, always remember that the first thing you should do when it comes to any issues with your dog is to take them to the vet. You never know when it could be something more serious. 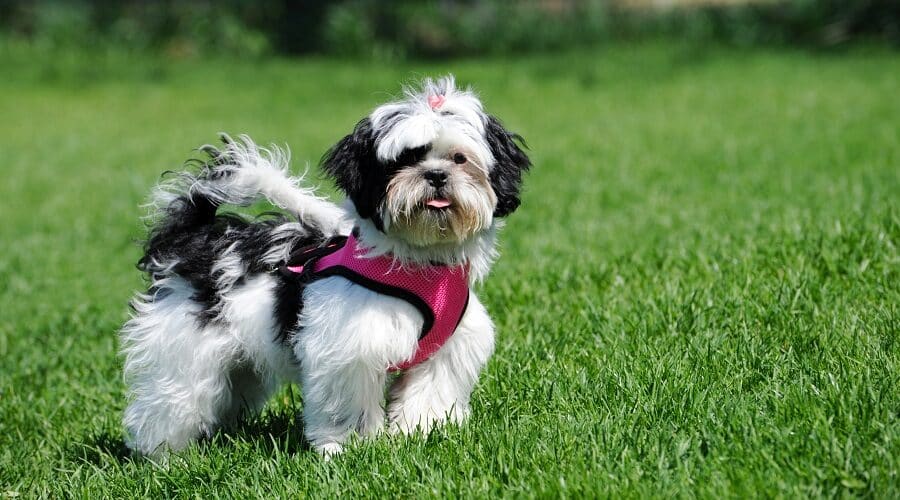