Have you ever wondered what would happen if you cut your dog’s whiskers? Medically speaking, nothing serious would happen. But whiskers do play an important role in a dog’s life. Losing one whisker every once in a while won’t affect them at all, but when they lose all their whiskers at once, they’ll know “something” is wrong. 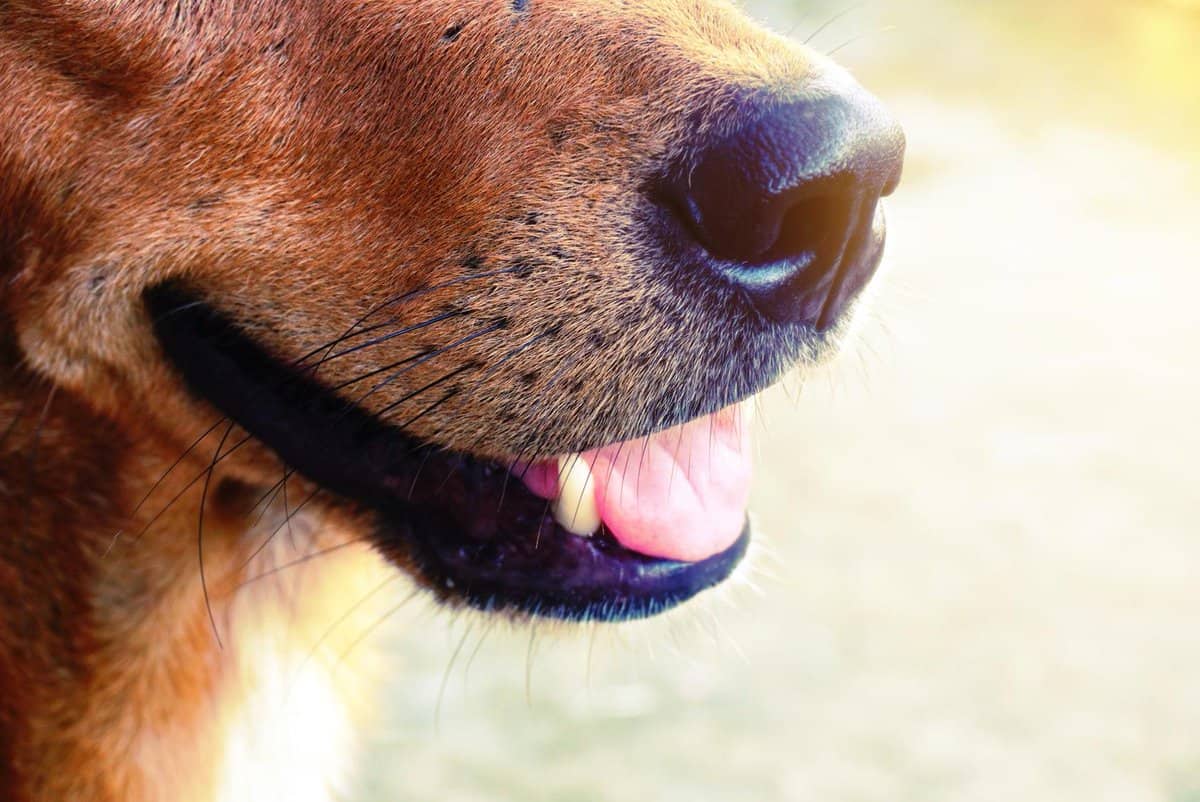 Think back to your childhood school days. When you worked on an art project and glue dried on your finger, you were still able to use your finger, but you temporarily lost your sense of touch where the glue dried. That’s what it’s like for a dog when their whiskers are removed. They can still function properly, but they know something “isn’t right”.

Dog whiskers serve multiple purposes, but it can be summed up like this – whiskers help dogs get information about their surroundings and help assist the other senses.

In the remainder of this article, we are going to break down the different types of whiskers and what their primary sensory functions are. Once you learn the purpose of the different whiskers, we will leave it up to you to decide whether or not you should clip or trim them.

The Four Types of Whiskers

When most people think of whiskers on dogs, they think of the mystacial whiskers – the whiskers on the side of the mouth. But dogs actually have four different types of whiskers, each serving a different sensory function.

The technical name for these thick hairs is vibrissae. If you hear us use the term vibrissae throughout this article, we are talking about the whiskers. Let’s examine the purpose of each of these types of whiskers and go over what will happen if you cut them.

When you think of dog whiskers, you’re probably thinking about the mystacial whiskers. These are on the left and right side of your dog’s snout. They’re the same as ordinary hairs, but longer and thicker. Dogs have a great sense of smell, but their sense of sight isn’t as good as ours.

The mystacial whiskers assist the sense of sight through tactile signals, letting your dog know what’s on the left and right side of him. It’s also believed that these whiskers help let the dog know if they can fit in a hole.

Before dogs were domesticated, they’d hunt for the food and sometimes have to chase an animal into a hole. The whiskers would let the dog know how tight the hole is and whether or not they could fit through.

Cutting the mystacial whiskers might cause your dog to walk around more cautiously since they won’t be able to navigate their surroundings as well as they could when they had whiskers.

The supraorbital whiskers are the whiskers right above your dog’s eyes. These whiskers play a vital role in protecting the eyes. As you can imagine, dog’s are constantly getting in places they shouldn’t.

Dog’s don’t have a great sense of sight, so when they’re running around outside, they’re exposed to branches, sticks, thorns, etc. When the supraorbital whiskers get touched, it causes a blinking reflex… The quick blink can save your dog from getting a nasty corneal abrasion. It allows them to close their eyes before something potentially injures them.

The supraorbital whiskers can also help your dog with navigation by letting them know which way the wind is blowing. Although this doesn’t really matter for domesticated dogs, it helps a lot for dogs that hunt for food.

Cutting the supraorbital whiskers puts your dog at risk of a corneal injury. You don’t want to take away this blink reflex in your dog.

Since the genal whiskers are on the widest part of a dog’s face, A dog knows that when those hairs are being touched, the hole is narrowing and they won’t be able to fit. These whiskers are important for dogs that enjoy chasing small animals such as gophers. For example, a Jack Russell Terrier will actually follow a gopher down into a hole.

You might be thinking that cutting these whiskers on your dog is no big deal because your dog doesn’t chase gophers into holes. But these whiskers assist when a dog attempts to squeeze through anything, not just a hole. Does your dog use a doggy door? Their genal whiskers are what lets them know whether or not they’ll fit through the door.

These are especially important for dogs that enjoy swimming. Next time you watch a dog swim, notice how they keep their head a few inches above the water. They’re using the feedback from the interramal whiskers to let them know where the water is. When they feel those whiskers touch the water, they know they need to list their head a little further.

Cutting the interramal tufts will make it difficult for your dog to know what’s directly below them. It will also cause confusion for dogs that swim.

Hopefully you can see how important whiskers are for dogs. Cutting them won’t cause any serious medical harm. Still, dogs do rely on their whiskers when going about their everyday life.

Busting Myths When it Comes to Cutting Whiskers

Quite a few myths are floating around when it comes to cutting dog whiskers. While we are on the topic, let’s go ahead and dispel some of those myths. Keep in mind these myths don’t apply to cats. A cat relies on their whiskers much more than dogs.

The most popular myth is that your dog will lose its balance if you cut their whiskers. This isn’t true. Although it’s easy to see why this myth got started. Some dogs (not all dogs) seem very disoriented when you see them walk after cutting their whiskers.

This lead many people to believe that whiskers play an important role in balance. The truth is, balance is an inner ear issue for dogs, not a whisker issue. The reason some dogs look disoriented and off-balance is because they don’t have the same sense of navigation they once had.

They know something is “off”, so they’re walking around more cautiously than usual. After a few days, they’ll adjust and start walking normally again.

The Whiskers Will Grow Back

Contrary to popular belief, when a dog loses a whisker, it will most likely grow back, just like hair. The reason this myth got started is that on rare occasions, the whisker won’t grow back. But rare occasions don’t account for the majority. If you cut your dog’s whiskers (whether on purpose or on accident), they will grow back. It might take a few days for some dogs, for other dogs it can take up to a month. The average dog will grow the whiskers back in about two weeks.

Trimming Whiskers Does Not Hurt Your Dog

Again ,the whiskers respond to pain the same way hair does. Trimming whiskers is not considered cruelty because it does not hurt the dog. However, pulling and plucking whiskers is extremely painful, especially since this will also pull out some fur around the whisker.. If you’re going to get work done on your dog’s whiskers, make sure the groomers don’t pluck them.

Is Cutting Dog Whiskers Worth It?

Now it’s time to answer the question you’re probably wondering…is it worth it to cut dog whiskers? Here’s the deal, other than aesthetic reasons, there’s really no need to cut your dog’s whiskers unless advised by your vet (I have no idea why a vet would advise this).

With that said, although your dog does use their whiskers in everyday life, they don’t use them to the extent that other animals such as cats do. You might notice a small change in behavior with some dogs. But in the overwhelming majority of cases, you won’t see any difference in behavior. This is why clipping whiskers has become common practice when grooming. When you take your dog to the groomers to get their nails trimmed, you’ll likely be asked what you want to do with the whiskers.

At Dogdorable, we don’t advise it (especially on a puppy), but at the same time, we aren’t against it. When in doubt, talk it over with the groomers and get their opinion.

Summary - What Happens If You Cut Dog Whiskers?

Dogs have four different types of whiskers. The mystacial, supraorbital, genal, and interramal tufts. Each of these whiskers serves a different purpose. Dogs out in the wild rely on their whiskers to help them navigate the world and know what’s around them. Domesticated dogs still use their whiskers, but don’t rely on them. If you cut a dog’s whiskers, there might be a little confusion at first, but the majority of dogs won’t have any change in behavior.

If you accidentally cut your dog’s whiskers, don’t freak out over it. It didn’t cause any pain to your dog and they will grow back. Things might feel a little “off” to your dog until they become long again, but they’ll adjust in no time. When it comes to cats, you never want to cut their whiskers! 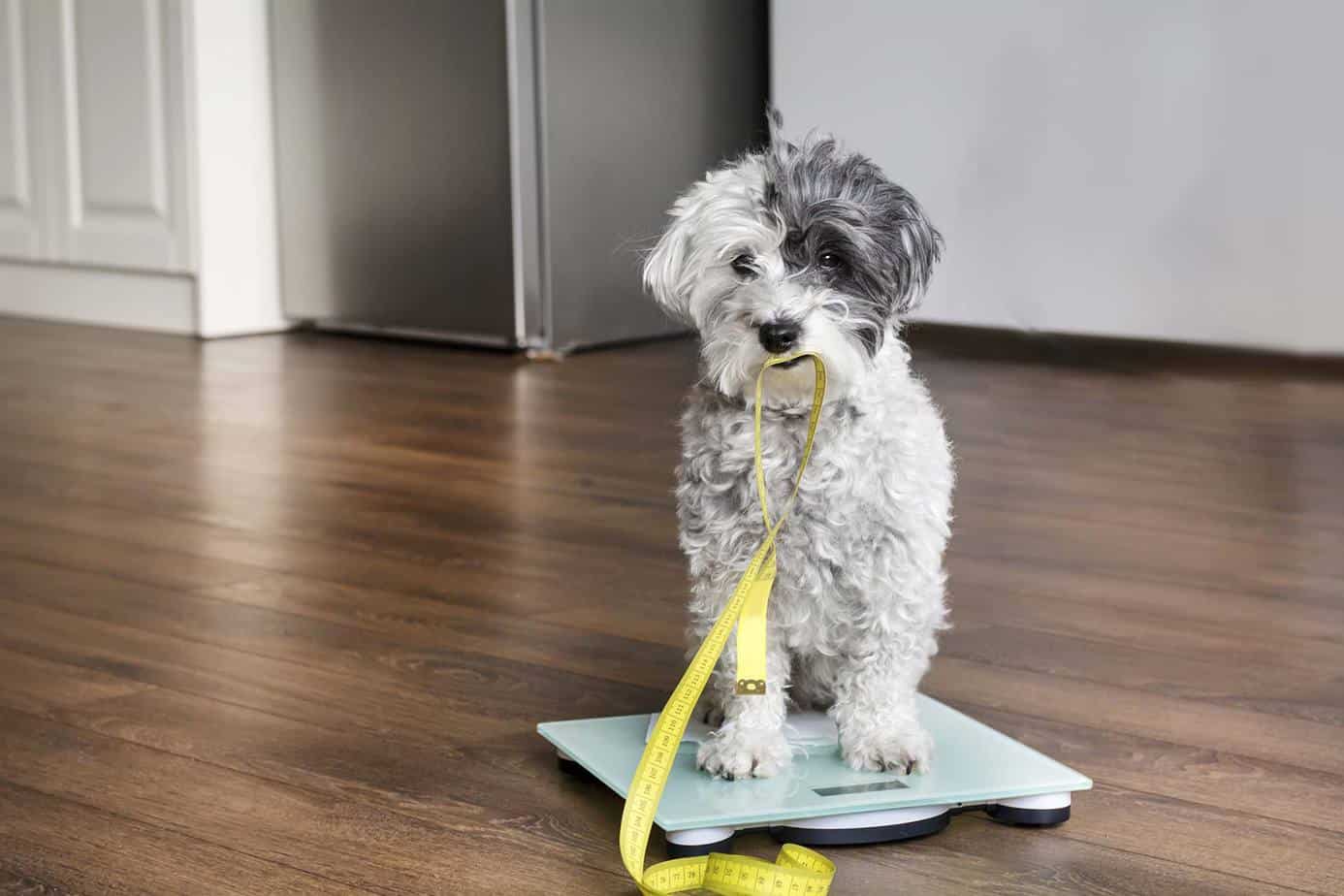 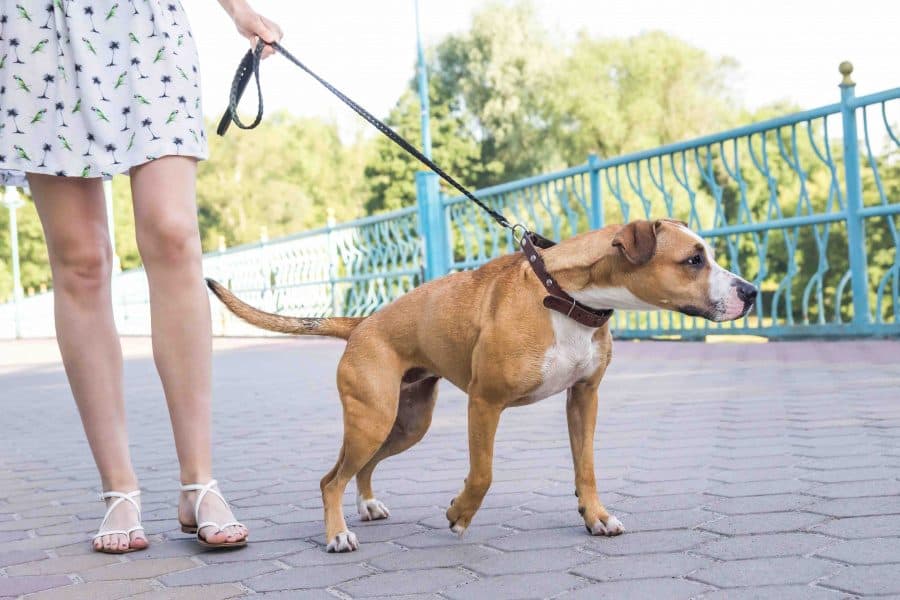 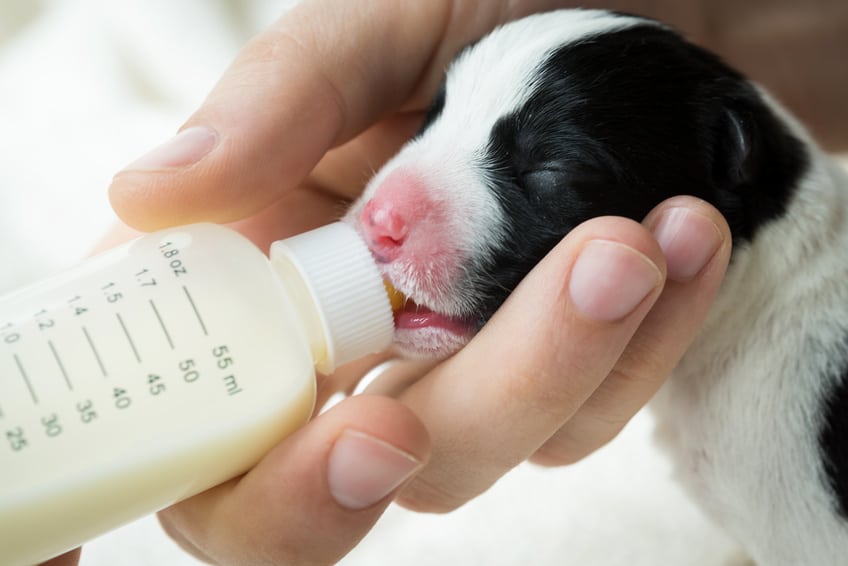 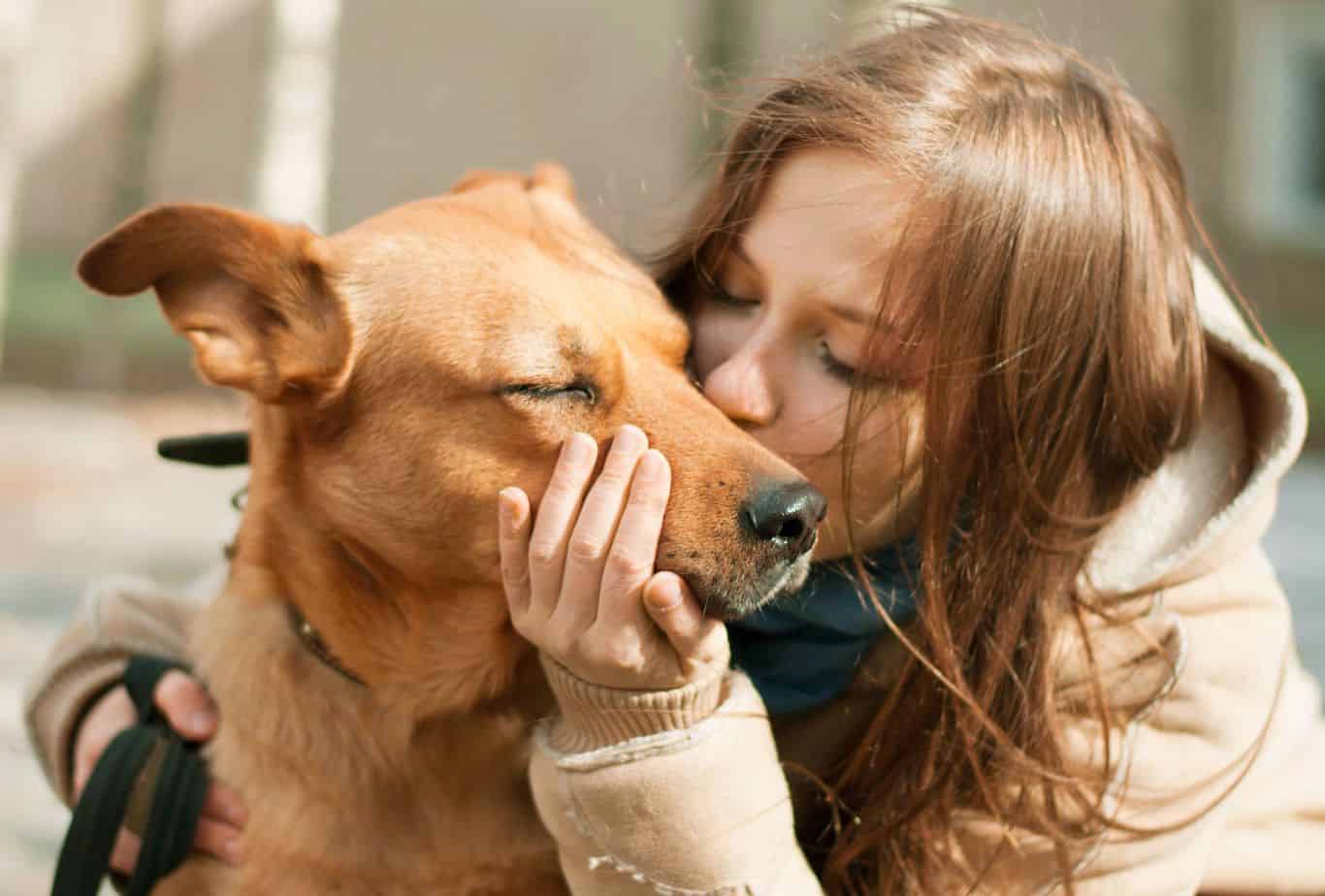