Skip to content
A dog will become completely sterile 6 weeks after being neutered. Even though a dog will not be able to produce new sperm when they get neutered, dormant sperm will remain functional for a few more weeks. 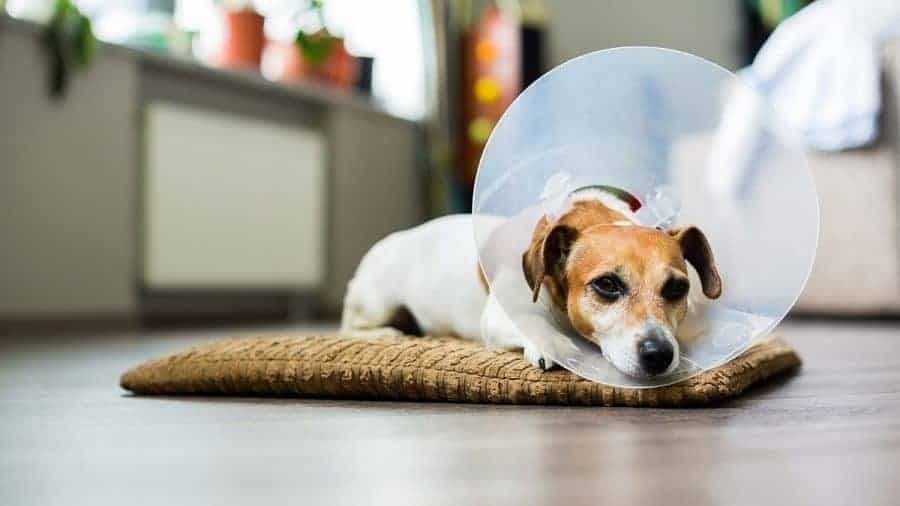 Neutering is the surgical castration of a male dog done by removing its testicles. This is to sterilize the dog so it cannot reproduce. It is a fundamental and safe procedure. Spaying is sterilization for female dogs.

Many dog owners make the mistake of assuming that their dog is sterile immediately after the surgery. They find themselves confused when their dog still has a sex drive and even procreates after they were fixed.

Today we are going to answer all the most popular questions when it comes to neutering your dog. By the end of this article, you’ll see why a male dog can still father puppies even if they’ve been fixed.

When Will My Dog Become Sterile After Being Neutered?

Neutering does sterilize your dog, but it is not effective immediately. It takes up to 6 weeks for dogs to be completely sterile and lose their sex drive. This is because testosterone levels take time to taper off.

The testicles produce sperm. When the testicles are gone, no new sperm is made. Your dog will still contain pre-neuter sperm, though it is “dormant” sperm, it is still fully functioning. This means your dog is still technically fertile and could potentially impregnate a female if he is not kept away.

Only the testicles are removed during a neuter, the vas deferens and blood vessels will be tied off. Be patient with your dog during this time. If he is still exhibiting male behaviors, they will go away shortly.

If you aren’t sure whether or not you should get your dog neutered, here are a few of the primary benefits.

This is why nearly all rescues require you to neuter/spay your animals. It helps fight overpopulation. Rescues and shelters are inundated with unwanted and accidental litters because someone’s intact dog found someone else’s in heat bitch. Puppies are expensive, costing rescues thousands in maintenance care and vet bills every year.

There are so many dogs and puppies in rescues and shelters across the country who need homes. It’s generally easier to find homes for puppies than adult and senior dogs. So, when you put more puppies in shelters, you’re making it harder for grown dogs to get adopted. Not all shelters have a “no-kill” policy. Dogs that are hard to adopt out, usually due to their older ages or special needs, are euthanized.

On average, sterilized dogs live 1-3 years longer. Neutering erases the risk of testicular cancer and prevents prostate diseases. The cost of neutering is significantly less than the cost of cancer treatment. Neutered dogs are also less likely to roam. Intact dogs wander neighborhoods to mark their territory and look for mates. Roaming puts them at risk of getting hit by a car, fighting with another animal, or getting stolen.

Castration is proven to minimize, if not solve, annoying typical male behaviors. Unneutered dogs tend to be more aggressive towards people and other dogs. They’re also known to mark inside. Neutered dogs don’t feel the need to constantly mark their territory, keeping your house clean and pee-free. Since his testosterone levels will decrease, he should be calmer all around and show fewer symptoms of anxiety.

What to Expect With Recovery

Since the surgery is simple and relatively noninvasive, most dogs can go home the same day. You will notice swelling in their scrotum and maybe some redness at the incision. Your vet will give you pain medication and a cone.

They will likely tell you to minimize your dog’s activity, check the incision for signs of infection, and to not let your dog lick himself. Always talk to your vet if you have any questions or concerns regarding your dog’s post-op care. After about two weeks, your furry friend should be back to feeling his best and able to resume all life and activities as usual.

What Age to Neuter

There are differing opinions about the healthiest age to neuter a dog. But most everyone agrees it should never be done before 8 weeks. Many vets recommend you wait until their testicles drop, which is around 6 months. If your dog has a cryptorchid (undescended) testicle, he still must be neutered to be sterilized. If both testicles are undescended, he is probably already sterile.

One common theory is that pediatric neuter (younger than 6 months) disrupts puberty by reducing sex hormones responsible for development, thus causing joint problems, especially in larger breeds. During puberty, the plates between bones close. When this is interrupted, bones can grow too long, causing joints to work incorrectly. Ill working joints are arthritic and prone to dysplasia.

On the flip side, others believe pediatric neuter is not linked to developmental problems. Instead, the earlier you neuter, the better your chances of eliminating male behavioral issues. Again, neutering diminishes sex hormones. So, if a dog’s sex hormones are gone early, they won’t learn male sex-related behaviors. They also believe neutering later increases the risk of prostate diseases.

For some reason, a few old school myths regarding neutering are still believed today. Below are three of the most common myths that have been proven false.

Myth #1: Dogs Will Know What Happened and Feel Less Manly

Your dog will obviously know something about his body is different; however, he will not know it means he cannot reproduce. Many owners, mostly men, fear neutering their dog will damage his ego since he won’t be able to have sex.

This is untrue. Dogs do not have any sense of masculinity. The only reason dogs have sex is to reproduce, not for pleasure. A neutered dog could technically still have sex, but he is not likely to feel the urge.

Neutered dogs possess very little to no mating instincts. When neutered dogs mount other dogs, it is to usually show dominance, rarely to demonstrate sexual desire.

This is only true if you allow it to be. The lack of testicles themselves will not make dogs obese. Many people think it causes weight gain. They believe this because they do not reduce the amount they feed their dog after surgery.

Neutered dogs have different hormone levels than intact dogs. These hormone differences slow neutered dogs’ metabolisms. They also decrease the desire to roam and hyperactivity. A slowed metabolism coupled with less activity will cause weight gain if not managed.

Myth #3: Neutering Could Change My Dog’s Personality or Behavior

Also False. A dog’s personality is determined by his environment and his breed. Your adventure-loving, down for anything dog will not be made into a boring blob. Your dog will not suddenly develop any new behaviors like storm-induced anxiety.

The only behavioral differences you’ll notice is less defined male behavior (roaming, aggression, etc.). Overall, your dog should be healthier and happier.

Can a Female Get Pregnant After Being Spayed?

The answer to this question is a big fat no. Unlike male dogs, females don’t have anything that “lingers around” for a few weeks. Right when a female dog gets spayed, she can no longer get pregnant.

Are There Risks To Getting My Dog Neutered?

Any time surgery is involved, there’s always a risk. However, neutering is considered a routine procedure, and your dog’s health will be closely monitored by your vet for the next few weeks. If anything does go wrong, the vet will be able to correct the issue.

Another common misconception is that a dog will no longer want to mate after being neutered. This isn’t true. Although dogs will no longer mate to procreate, they’ll still do mount females for two reasons.

The first reason is instincts. When a male dog senses a female in heat, instincts still kick in. Assuming they were neutered more than six weeks ago, you’ll have nothing to worry about.

The second reason is dominance. Even though neutered dogs are less likely to display dominance, some may still have the desire to mount to show they’re still Alpha.

Be Cautious After Neutering

Since your dog can still technically get a female dog pregnant within six weeks after neutering (thanks to remaining sperm), it’s best to keep your dog away from non-spayed females for about six weeks. The last thing you want is a surprise pregnancy after getting your dog neutered! 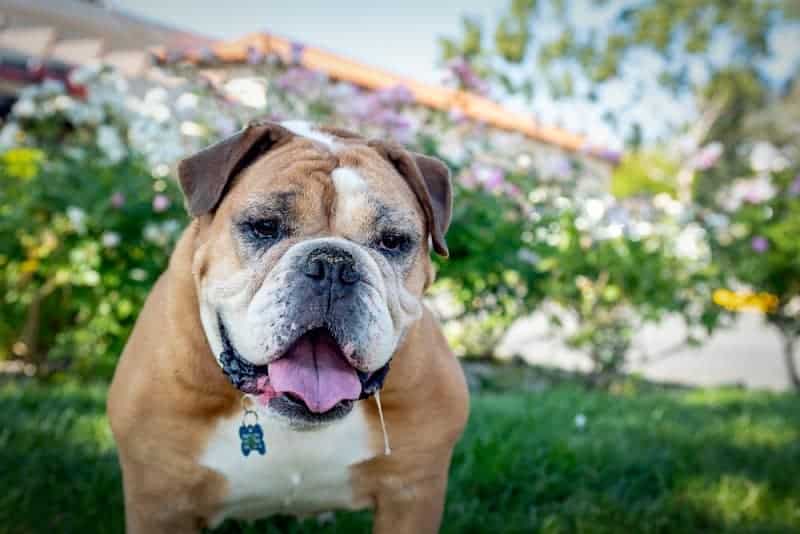 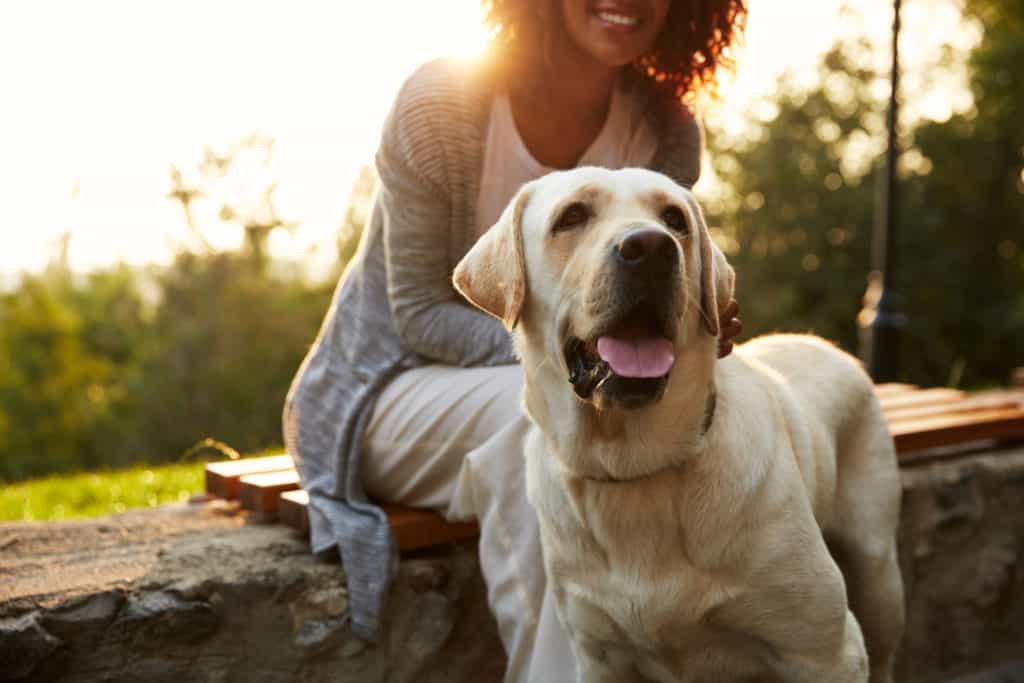 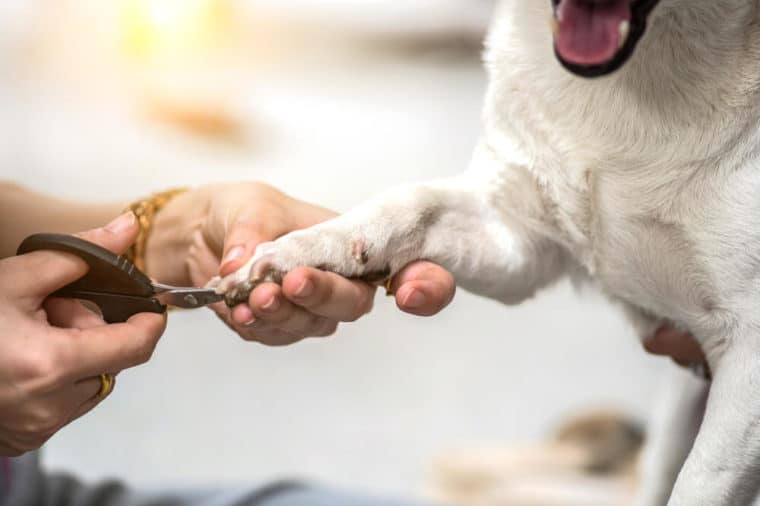 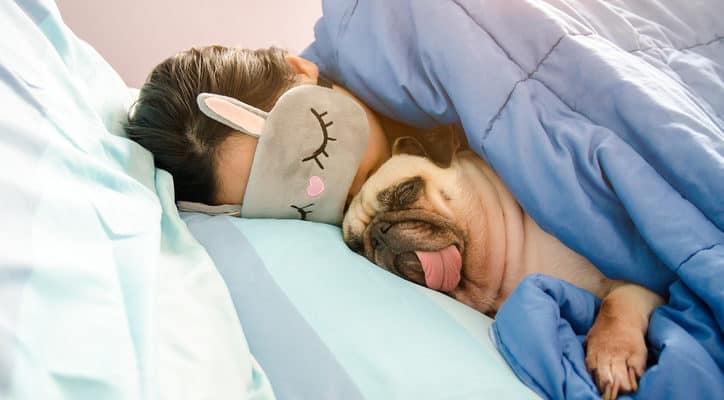